The three-day 2021 Engen Knockout Challenge for the under18 junior tournament ended on Sunday. 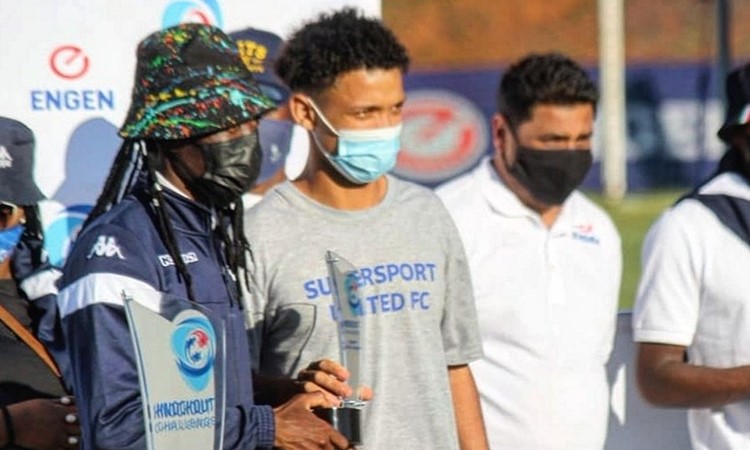 The three-day 2021 Engen Knockout Challenge for the under18 junior tournament ended on Sunday.

The tournament was held at the Marks Park Soccer Grounds in Johannesburg.

SuperSport United drew 0-0 with Marox United in their opening match on Friday and lost 1-0 to TS Galaxy in the second game the same day.

The second day saw the junior Matsatsantsa beating Black Aces 2-0 to advance to the QuarterFinal stage of the competition.

It was a Tshwane derby as United played to a goalless draw with Tuks and ultimately went through after winning 4-2 on penalties. Tariqui Simmons managed to save two spot-kicks.

On the last day of the competition United lost 2-0 to Jomo Cosmos and had to wait for the third and fourth place play-offs which they also lost by the same margin.