Champions back at training

After lifting the 2019 MTN8 trophy on the weekend, Matsatsantsa resumed their training programme on Wednesday morning. 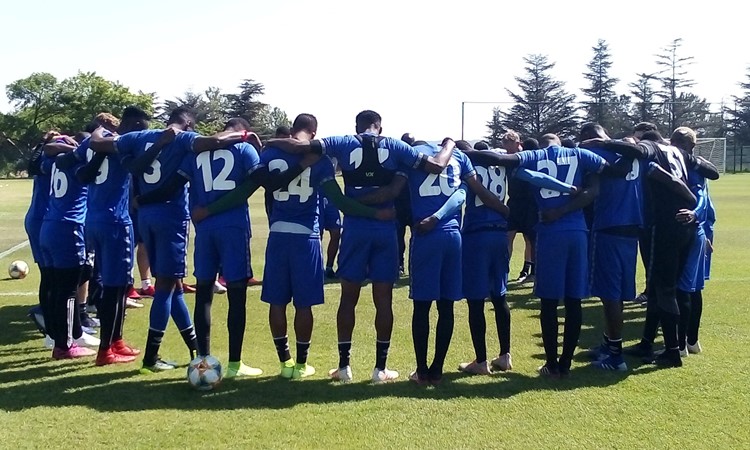 After lifting the 2019 MTN8 trophy on the weekend, Matsatsantsa resumed their training programme on Wednesday morning.

United took a three-day break after beating Highlands Park 1-0 in the lucrative MTN8 Cup final at the Soweto’s Orlando Stadium on Saturday.

Matsatsantsa went through a gruelling session with coach Kaitano Tembo this morning but the absence of some of the prominent team members was visible.

Also, United have been joined by a new member Khanyiso Ginxa this morning from the 2019 Nedbank Ke Yona team.  The 23-year-old right-centre-back was his first day at training with SuperSport.

Meanwhile the 2019 Telkom Knockout draw was conducted this afternoon at the SuperSport International studios in Randburg.  Matsatsantsa are drawn against reigning champions Baroka FC and will be playing at home.