Chippa to battle for dear life against SSU

Chippa United will battle with SuperSport United in the DStv Premiership match at the Nelson Mandela Bay Stadium on Saturday. 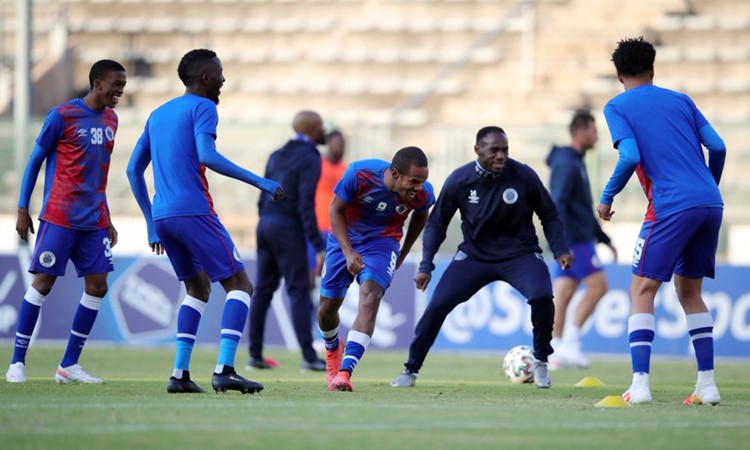 Chippa United will battle with SuperSport United in the DStv Premiership match at the Nelson Mandela Bay Stadium on Saturday.

The Chilli Boys are desperate for a win after their relegation woes worsened following their 0-0 draw with Tshakhuma Tsha Madzivhandila away on Wednesday.

The Eastern Cape-based side remained in the relegation play-off spot (15th) on the league standings and they will secure safety if they defeat SuperSport and the other results go their way.

Lehlohonolo Seema, the Chippa head coach, described their clash against SuperSport as a big game in what will be their final game of the DStv Premiership campaign.

“It was difficult to play against a team that needed a draw. My players fought and did everything that I required from them. We had moments that we could have stolen it," Seema said.

"But it was not meant to be. However, as Chippa we will never give up. If we win, we will see what happens in the other games. The game against SuperSport is a big one and we will throw everything at them."

Meanwhile, SuperSport returned to winning ways in the league when they claimed a 2-0 win over Maritzburg United at home Wednesday.

Matsatsantsa are currently placed fifth on the standings and a victory over Chippa will take them to fourth place if Lamontville Golden Arrows fail to win their final game of the season.

Kaitano Tembo, the SuperSport head coach, says they cannot afford to underestimate Chippa, who will be fighting for survival.

"Yeah, there is no easy game in this league. You never really undermine anyone or else you will get the shock of your life," Tembo said.

"Chippa are always a difficult team to play against, it doesn't matter with their current situation. They will fight for their lives. So, it won't be an easy game it will be a tough game."

Maloisane Mokhele: The Nedbank Cup Most Promising Player nominee has been a revelation in his debut season in the elite league having netted three goals from 27 games. Mokhele will be determined to help the Chilli Boys return to winning ways.

Bienvenu Eva Nga: The Cameroonian centre forward, who netted the first hat-trick of the season, has been very influential when coming from the bench this season. Eva Nga will be looking to score and inspire his side to a crucial victory.

Sipho Mbule: The 23-year-old midfielder grabbed his seventh assist of the season against Maritzburg and only Augustine Mulenga of AmaZulu FC has more assists (nine) in the league. Mbule's creativity could be key to a win over Chippa.

Bradley Grobler:The experienced centre forward grabbed a brace against Maritzburg and the league's top scorer has netted 16 goals. Grobler will be eager to add to his tally when he faces the Chilli Boys and scoop the Golden Boot award.