In-form SuperSport aim to end year on a high

Baroka FC and SuperSport United will be aiming to end the year on a high when they meet in a 2020-21 DStv Premiership match at Peter Mokaba Stadium in Polokwane on Saturday. 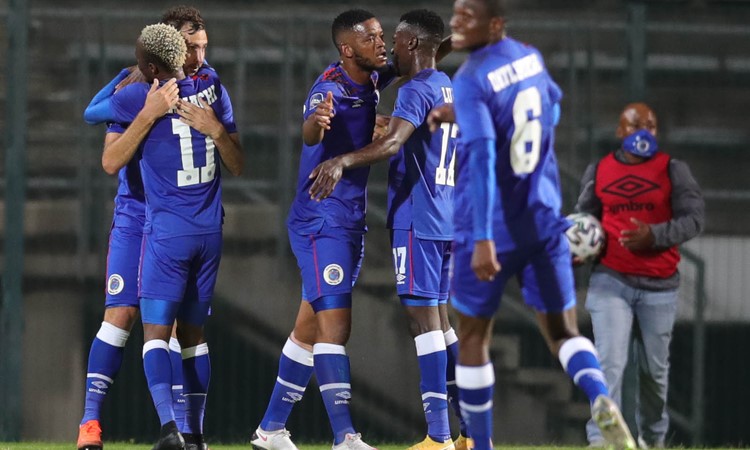 Baroka FC and SuperSport United will be aiming to end the year on a high when they meet in a 2020-21 DStv Premiership match at Peter Mokaba Stadium in Polokwane on Saturday.

Baroka suffered their second league loss of the season when they were beaten 2-0 at Bloemfontein Celtic on December 16, conceding two late goals in the Free State province. Bakgaga have claimed seven points from three home matches this season, with their last result as hosts a 2-1 win over Chippa United in early December.

"We knew that Celtic could keep the ball and we knew it would be difficult for us to maintain that. In the first half we were able to do that but mistakes cost us. It is one of those things," said Baroka head coach Thoka Matsimela.

"We need to win our next game, the game is at home against SuperSport and we need to go back to the drawing board and make sure we do the right thing. It is all about doing the right thing, especially in defence. We need to get ourselves right and be very organised."

SuperSport have won three of their last four league matches after defeating Kaizer Chiefs 2-1 at home on December 15, with Bradley Grobler and Sipho Mbule netting their goals on the day. Matsatsantsa have claimed three points from as many away matches this season, with their last result on the road a 2-1 win at Maritzburg United in late November.

"We are coming off two wonderful results, we have collected six points from our last two games and we need to continue on that trend and look for that consistency. There were a lot of positives [in the win versus Chiefs]," said SuperSport captain Ronwen Williams.

"Baroka started the season very well, but they have been on a bit of a slump so it will be a fight, it won't be easy. They are obviously going to want to turn their fortunes around and finish the year on a high, we are no different.

"We have our own objectives so we will work hard, this has been a wonderful week and we want to turn it into a great week, the only way we can do that is to finish the year on a high, get three points and hopefully a clean sheet," the Bafana Bafana shot-stopper concluded.

In head-to-head stats, Baroka and SuperSport have met in eight league matches since the 2016-17 season. Bakgaga and Matsatsantsa have both claimed three wins, while two games have been drawn. The Limpopo side has recorded one win, two draws and one defeat from four matches as hosts in the rivalry.

Last season SuperSport completed a league ‘double’ over Baroka, winning 2-0 at the Peter Mokaba Stadium in August 2019 and 4-1 at the Bidvest Stadium in the return game a year later.

Goodman Mosele: The Bakgaga midfielder will have an important role to play versus an energetic and confident SuperSport midfield. If Baroka are to come away with a result they'll need to match Matsatsantsa in the middle of the park and much of the responsibility to do so will likely fall on Mosele's shoulders.

Evidence Makgopa: The young forward has started every game for Baroka this season as he continues to establish himself as one of the brightest stars in the division. With three goals in seven matches he has made a solid start to the campaign and will now be eager to end the year on a high.

Ronwen Williams: The United skipper will be focussed on leading his troops to a third straight win as they aim to keep up with those above them on the league standings. SuperSport boast a lot of young defenders in their ranks, but in Williams they not only have a very talented goalkeeper, but someone with a lot of top-flight experience, something that will be key if they are to make a run for the league title this season.

Bradley Grobler: Another key factor to their title chances this season will be Grobler's form. The veteran forward has made a superb start to the campaign and heads into the final game of 2020 having scored five goals in six league matches. He will be aiming to find the back of the net once more as SuperSport aim to end the year on a high.