Matsatsantsa out to restore title hopes 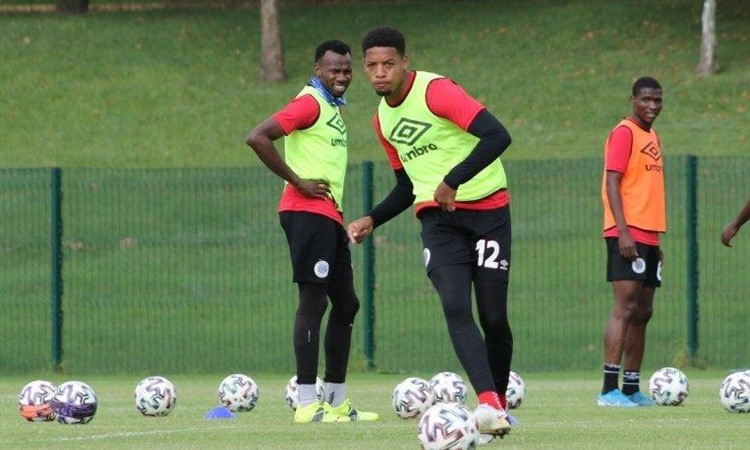 The match is scheduled for Lucas “Masterpieces” Moripe Stadium in Atteridgeville, Tshwane, on Friday evening.

The match starts at 5pm.

United are looking forward to revive their title hopes after losing to AmaZulu FC in their midweek league match on the road.

This was coach Kaitano Tembo’s boys’ fourth defeat in the in the inaugural DStv Premiership.

Also, this is Matsatsantsa’s 20th league match and after this one they will be left with 10 games before the season ends.

Galaxy are coming with a squad of experienced campaigners and talented youngsters who fight with confidence on the pitch.

However, this is a must win home match for Matsatsantsa as they have registered many draws and this is not good enough for them as contenders.

“TS Galaxy have got some quality in their squad, but it’s our home game and we need to stamp our authority and continue our undefeated home streak,” said the United captain Ronwen Williams.

A victory for Matsatsantsa will see them on par with cross-town rivals Mamelodi Sundowns who are at the summit of the DStv Premiership with 36 points. SuperSport are sitting below on position two with 33 points having played 19 matches.

United will rely heavily on players such as Guily Manziba, skipper Ronwen Williams, Ghampani Lungu, Tebogo Mokoena, Bradley Grobler and sensational Sipho Mbule who received Bafana Bafana call up for the 2022 AFCON qualifiers that will be played later this month.

In the first round, United won 3-0, big centre-forward Thami Gabuza netted a brace while forward Bradley Grobler was also on target.

The match will be televised live on SuperSport PSL channel.