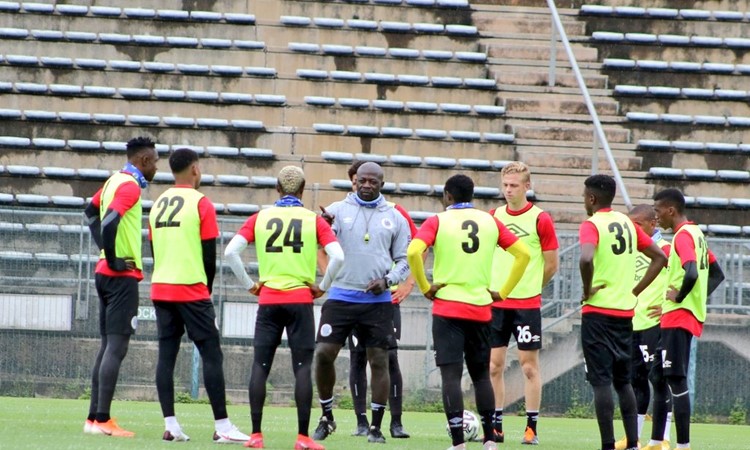 The match will be held at the Lucas Moripe Stadium on Tuesday night.

Matsatsantsa are going into this match after a lengthy break and they are highly motivated since they won their last match on the road last month.

This will be skipper Ronwen Williams’ first meeting with the new Chiefs mentor Gavin Hunt who joined them this season.

The pair worked together and won Cup competitions at United a few seasons ago.

“Coming to the next league match against Kaizer Chiefs, Coach Gavin is straight forward, you know what you get with him.

He is never satisfied and I like that attitude. He is a winner, he is obviously in an unfortunate situation at the moment, but he is a fighter and he’ll come out stronger,” said the Matsatsantsa captain.

Matsatsantsa, who have a game in hand, are currently on position six having played five matches, three wins, two losses and have bagged nine points.

A victory for them will move them to the top three bracket on the DStv Premiership table.

On the other hand, their opponents Chiefs are placed on the 12th spot and have played to a 2-all against Black Leopards last week.