SuperSport United will seek to defend their MTN8 title when they take on new top-flight side Tshakhuma Tsha Madzivhandila in the quarterfinals at the Thohoyandou Stadium on October 17. 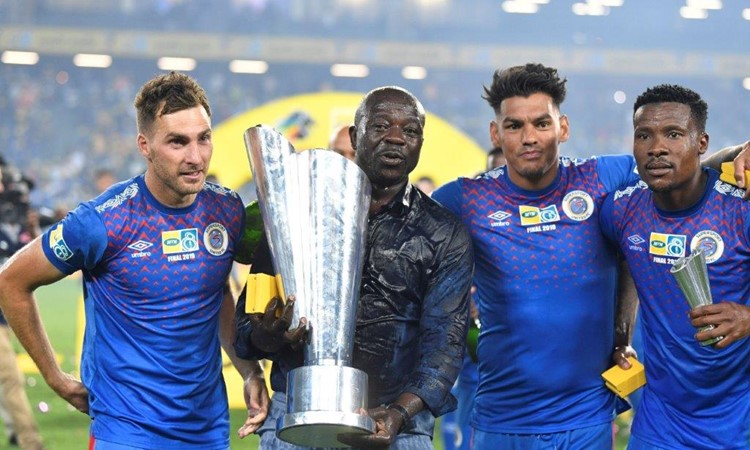 SuperSport United will seek to defend their MTN8 title when they take on new top-flight side Tshakhuma Tsha Madzivhandila in the quarterfinals at the Thohoyandou Stadium on October 17.

For their opponents it will be a debut match in the competition, but Matsatsantsa have appeared in the last three finals and will be aiming for an unprecedented fourth in a row, something no other club has achieved since the competition was first played in 1972.

LAST SEASON AT A GLANCE

Tembo is entering his third full season at the helm of SuperSport and delivered his first piece of silverware with the MTN8 title in 2019.

The Zimbabwean tactician is a stalwart of the club, having been part of the setup in one capacity or another for two decades.

He took over the head coach role from Eric Tinkler in March 2018, and steered SuperSport to fifth position last season.

SuperSport have enjoyed more success over the last three seasons than any other side in the MTN8, defeating Cape Town City (2017) and Highlands Park (2019) in deciders. Those two wins came either side of a loss to City in the 2018 decider.

It also followed a dismal run in the competition where SuperSport were knocked out in the quarterfinal stage in seven of the previous eight years, an almost inexplicably dismal record for a side that enjoys so much cup success.

The side have three trophy wins in total from seven final appearances, having also claimed the title under Pitso Mosimane in 2004.

OUT – Thabo Mnyamane, Thabo Qalinge, Dean Furman, Ndivhuwo Ravhuhali, Thakasani Mbanjwa (all released), Kagiso Malinga (Swallows FC), Aubrey Modiba (Mamelodi Sundowns) Other United player who was on loan at Tuks has joined Swallows FC together with Malinga who was on loan at Swallows last season

Midfielder Mokoena will had added responsibility this season after the departure of the experienced Dean Furman, but is more than equipped to handle the challenge as one of the country’s brightest young stars.

His industrious box-to-box style and ability to score remarkable goals from range make him an eye-catching performer, with plenty of substance to add to his style.

The 23-year-old had been a part of the first team for the last four seasons, and featured in 82 of Matsatsantsa’s 90 games in the last three campaigns, which highlights his importance to the side.