Q and A with SSU young midfielder Jesse Donn

SuperSport United prospect Jesse Donn kicked off the new season on a positive note even though his team got knocked out of the Cup tournament in their season opener last month. 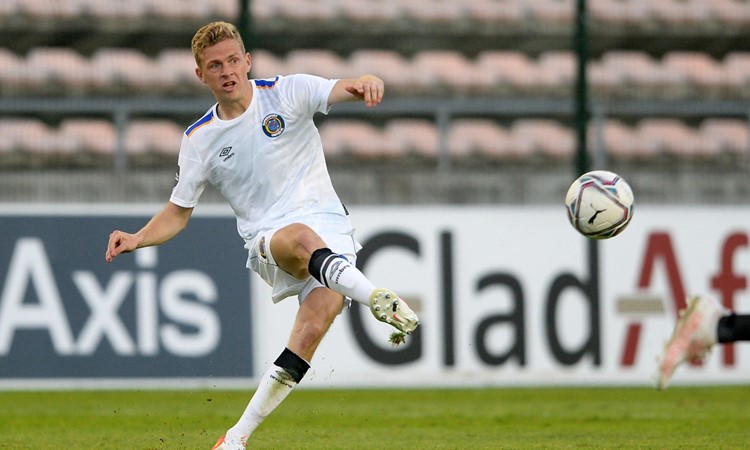 SuperSport United prospect Jesse Donn kicked off the new season on a positive note even though his team got knocked out of the Cup tournament in their season opener last month.

Donn was in the starting lineup and his performances did not go unnoticed when he won man of the match award in their first home match of the new season last week.

How does it feel upon winning the award?

There was actually a bit of mixed emotions with winning the award. Obviously it always feels good to get recognition, but if I’m completely honest, I wasn’t at my best, nor was I the best player on the field. I had a much better game against Cape Town City on Saturday, so maybe they were making up for not awarding me the MOM in that game.

How does it feel forming part of the starting lineup since the new season kicked off?

It feels great to be a consistent starter at the moment. In my previous two seasons at the club, I haven’t had a strong start to the season, so hopefully this will set me and the team up for a competitive season ahead.

What is your primary role in line with your midfield partners – Teboho Mokoena and Sipho Mbule?

Tebza and Sipho are such talented footballers, and my intention is to make them shine. I’m not the fanciest or most creative player, so I don't mind doing the dirty work, sticking to the basics and letting them take the risks. I think this really helps the balance of the team and it will only get better and better with time.

I feel this will definitely push you to work even harder going forward?

The Man of the Match award has definitely given me a confidence boost going into this campaign. As footballers, confidence plays a massive role in performance and, as someone who struggled with confidence in the first few seasons, I hope I can build on this moving forward. Knowing that my hard work is not going completely unnoticed also motivates me to keep going.

How was the feedback from the head coach Kaitano Tembo as he started the season on the stands?

Coach Kaitano Tembo has been really positive in the buildup and start of this season. He believes in the group of players we have and has been encouraging us to play with freedom and enjoyment. Even though he has had to sit in the stands, he has remained 100% involved. That being said, coach Andre Arendse and the rest of the technical team did a great job in his absence.

Coach Kaitano Tembo returned to the dugout from suspension and you won the award?

Hahaha (Donn laughs) maybe coach whispered in the SuperSport television crew’s ears to give me the award!

I think settling the score against Arrows was a good feeling after the match in the change-room?

It was sweet to get revenge on Golden Arrows for the defeat in the Cup competition. In some ways, it is actually quite frustrating as we know we could have got the same result in the Cup game, but we can’t change the past. All we could control was the current game and we made sure there was no uncertainty this time round.