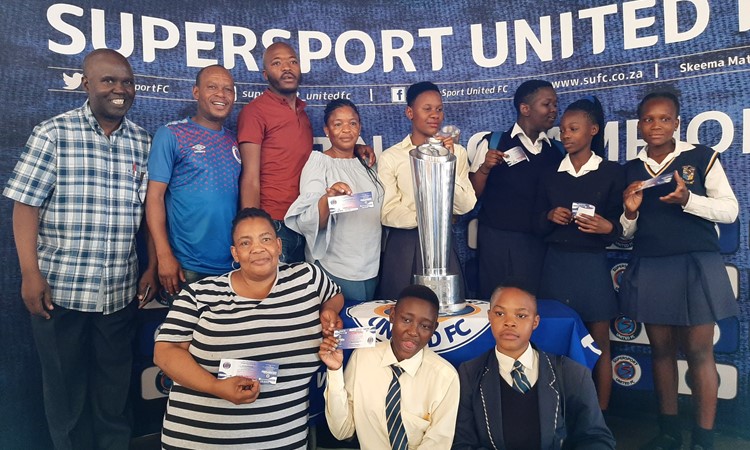 The Thursday visit was important to Matsatsantsa as they must win their next match at home.

The game is scheduled for Friday night at Lucas Moripe Stadium, kick-off is 20:00.

The first stop was at Dr WF Nkomo situated behind Lucas Moripe Stadium and upon arrival, the United legend Thabo September and “Shuffle,” addressed learners and educators.

After the activation, learners had the opportunity to take pictures with legends and school staff members and they were also given tickets and club merchandise as they were invited to the Friday night event.

After the proceedings, the last activation headed to Gaegolelwe FET College also based in Atteridgeville.

“We have a good working relationship with schools in Tshwane and the surrounding areas. Most of all in Atteridgeville were we play a lot of our home matches and carry out various events.

The support is exciting, and we really appreciate the feedback we are getting from the Atteridgeville community,” said the ex-Matsatsantsa star Jabu Mahlangu.