SuperSport United Football Club has appointed one of its legends Thabo September as part of the technical team and second assistant to head Coach Kaitano Tembo. 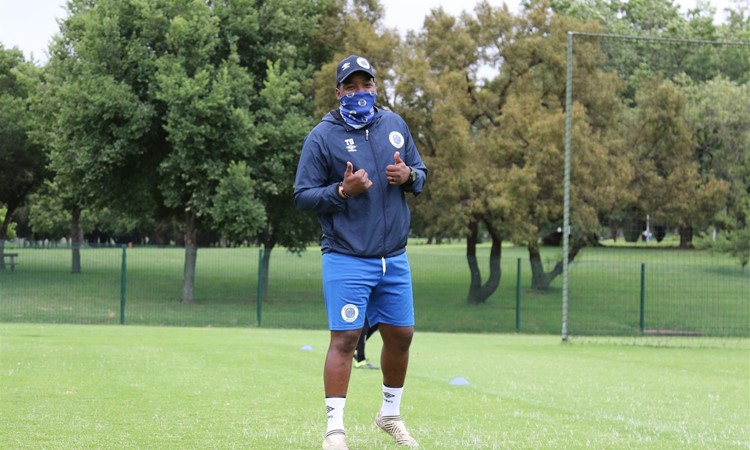 SuperSport United Football Club has appointed one of its legend Thabo September as part of the technical team and second assistant to head Coach Kaitano Tembo.

Also, September will assume a role as the first assistant to the DStv Diski Challenge side.

“Thabo has been a loyal servant of the club both on and off the field. He has always set an example through dedication, discipline and professionalism.

He has joined the first team as second assistant coach and works as well with our reserve team. This will help us bridge the gap between the first team and the reserve team in terms of having an identical philosophy from a playing and development point of view.

Our objective is to prepare our young players for first team football and Thabo will play a crucial role in that regard,” said the Matsatsantsa head coach Kaitano Tembo.

September joined United from Umtata Bucks in the 2006-2007 season under the guidance of Coach Pitso Mosimane whom they worked briefly before the latter joined the senior national squad, Bafana Bafana.

“Working with the first team for the past two years has been a huge learning experience and if you look at our technical team it is people that have played the game or have been in the game for more than 20 years, so I take a lot from them,” said Thabo September.

SuperSport United is one of a kind, people here become a family. The culture and legacy of the late Thomas Madigage (May his soul rest in peace) has been kept alive by everyone that is in this team, I am sure he is as proud as I am. It’s the best team in South Africa,” said the legend.

“Being a second assistant Coach at the first team is a huge responsibility that the Head Coach, our CEO Mr. Stan Matthews and the board members have put on me. I know with the help of Kaitano and the rest of the technical team and the players it’s a job I will excel on.

Working with the DStv Diski Challenge head Coach Kwanele Kopo is a huge plus to my growth as a coach and as a person. Being an assistant coach to him means I will have to learn fast and the Diski Challenge is the best place,” he concluded.

The Matsatsantsa veteran is currently fulfilling the ambassadorial role in the club.

September hung up his boots in 2016 working under the guidance of Coach Stuart Baxter.