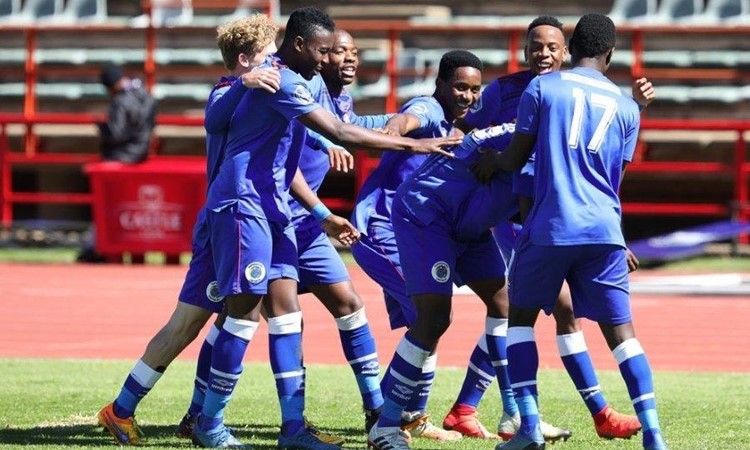 The match was held at the Johannesburg Stadium in Doornfontein on Sunday.

This was an interesting meeting between the two sides as the KwaZulu-Natal outfit Maritzburg scored two quick goals in a short space of time.

However, United also put some fight to reduce the score-line as they netted their first strike in the 15th minute through Thabang Mahlangu to make the score 2-1.

Matsatsantsa kept on pushing to level matters and were finally managed to score an equalizer through Keenan Bezuidenhout’s free-kick on the stroke of halftime.

The score was 2-2 at interval.

In the 58th minute of the second half Maritzburg scored the third goal to make it 3-2 and SuperSport were trailing, again.

Matsatsantsa regrouped again and put some more fight and were able find an equalizer through Selaelo Rasebotja’s cracker just outside the box.

In the dying minutes of the match Bilal Baloyi of SuperSport managed to score their winning goal with a beautiful header to make the score 4-3.