SuperSport United lost their fifth match in the DStv Premiership match as Cape Town City beat them 3-0 on Saturday afternoon. 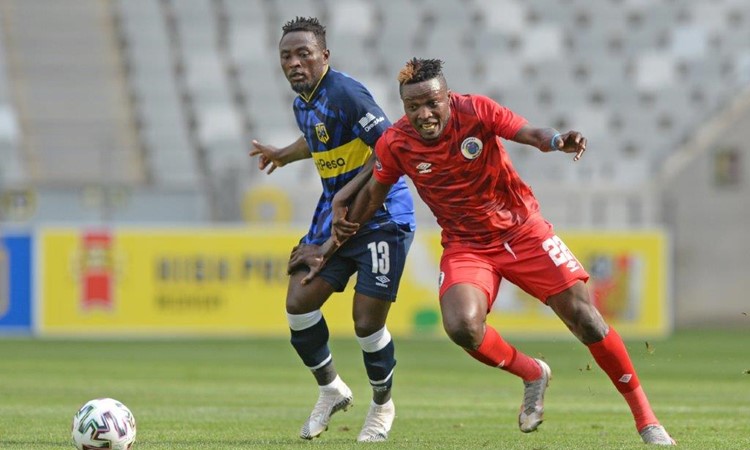 SuperSport United lost their fifth match in the DStv Premiership match as Cape Town City beat them 3-0 on Saturday afternoon.

The match was held at Cape Town Stadium.

City opened the scoring account from a spot-kick that was converted by former Matsatsantsa player Fagrie Lakay in the 35th minute.

The home side held on to the lead through to the halftime interval.

In the beginning of the second half, the home side introduced Mpho Makola for Abdul Ajagun.

United also made some changes as midfielder Sipho Mbule came off the bench for Jamie Webber 10 munites later.  Coach Kaitano Tembo made some more replacement in the 59th minute as Kuda Mahachi made way for his homeboy Evans Rusike.

Makola’s introduction made some impact and few minutes later he doubled the lead from close range in the 65th minute after exchanging passes with diminutive midfielder Thabo Nodada.

The visitors made their last substitution as they introduced Moses Waiswa for Jesse Donn in the 71st minute.

84th Tashreeg Morris tapped in City’s third goal after United’s poor clearance after conceding a corner-kick that was taken by Aubrey Mngoma.

In the 90+ minute, skipper Ronwen Williams collided with Craig Martin in a 50-50 back pass from right-back Grant Kekana.

The final score was 3-0 to Cape Town City FC.

United drop to position five below Orlando Pirates on the table by virtue of goal difference.