SuperSport United Football Club are hard at work preparing for their big match against rivals Mamelodi Sundowns this week. 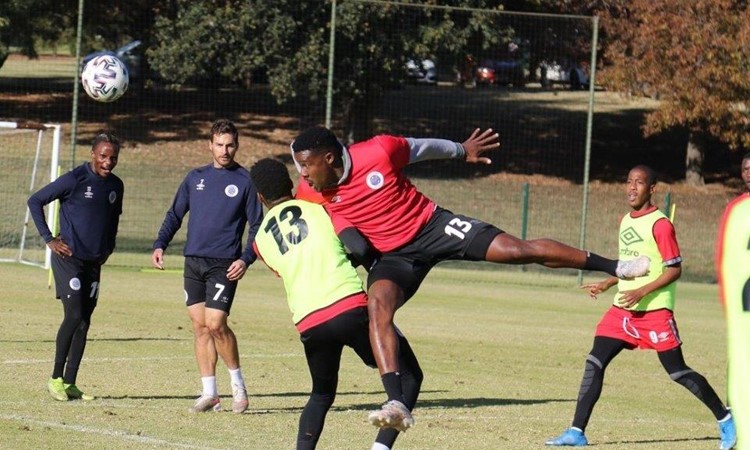 SuperSport United Football Club are hard at work preparing for their big match against rivals Mamelodi Sundowns this week.

The midweek fixture is scheduled for Loftus Versfeld Stadium on Wednesday afternoon.

Kickoff is at 5pm.

This is going to be a mouthwatering clash as both sides are eyeing for three points as visitors Matsatsantsa are looking to consolidate  a place in the top three finish while a victory for Sundowns will see them winning the DStv Premiership title.

The derby came at the right time as visitors United are going into this big clash with most of their regular members available for selection.

Forwards Bradley Grobler and the big centre-forward Thami Gabuza have returned to the team recently after a long layoff due to an assortment of injuries.

Also, skipper Ronwen Williams is back in the fold after picking up an injury when they lost to CapeTown City FC a few weeks ago.  In his return, United beat reigning Nedbank Cup champions TTM in their last league match.

Matsatsantsa are currently on position six having played 27 matches and have bagged 41 points.

In their first round meeting, the two Tshwane outfits played to a goalless draw in January at Lucas Moripe Stadium.