SuperSport United Football Club and Swallows FC played to a 1-all draw in the second round of the DStv Premiership on Tuesday night. 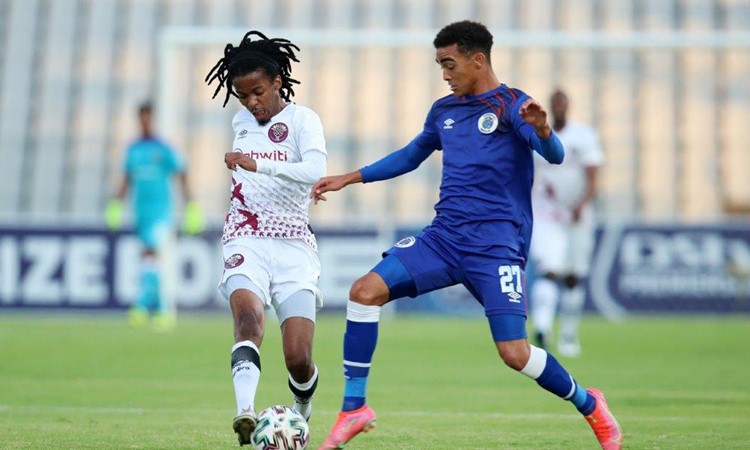 SuperSport United Football Club and Swallows FC played to a 1-all draw in the second round of the DStv Premiership on Tuesday night.

The match was held at the Dobsonville Stadium in Soweto.

It was the home side who scored in the 46th minute of the first half’s added minutes (two minutes) by Fawaaz Basadien after a clinical cross from captain Lebogang Mokoena on the right.

Although Swallows went into the break leading, United created many scoring opportunities in the first half.

In the beginning of the second half, the DRC international, winger Guily Manziba came off the bench for forward Iqraam Rayners.

Matsatsantsa kept of pushing to level matters as Sipho Mbule’s powerful effort was punched away by the Swallows keeper Vries just outside the box and United won a cornerkick.

In the 66th minute coach Kaitano Tembo took off Moses Waiswa for Evans Rusike in an attempt to score an equalizer.

On the other hand, Swallows were also pushing to increase the lead as Substitute Gozar’s effort was punched away by the SuperSport keeper George Chigova to a corner kick after young midfielder Jesse Donn gave away possession on the counter in the 68th minute.

SuperSport United’s prayers were finally answered when a  clinical cross on the right by young right-back Keenan Phillips was headed home by Mbule who rose above the Swallows defence to make the score 1-1.

The equalizer brought Matsatsantsa’s confidence back into the match as skipper Bradley Grobler who was in a good position to score saw his shot parried by keeper Vries, a follow up on Teboho Mokoena’s blocked shot by the Swallows keeper.

In the 89th minute defender Siyabonga Nhlapo was brought in for Mokoena.

The referee added four minutes as the two sides kept on fighting for a winning goal but it was not to be.

The match ended 1-all.