SSU unlucky on the road

SuperSport United were unlucky after dropping three points on the road in their midweek encounter against AmaZulu FC. 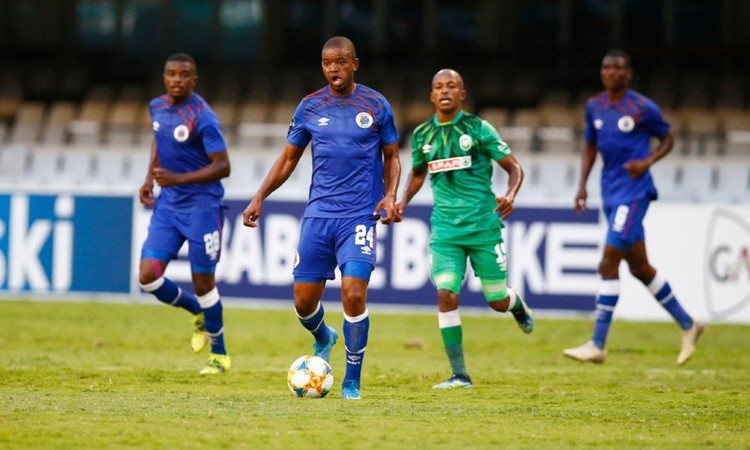 SuperSport United were unlucky after dropping three points on the road in their midweek encounter against AmaZulu FC.

United kicked off the match very cautiously as opposed to the home team who had a few attempts in the early stages of the first half.

In the 24th minute United conceded a goal that put the home side in the lead after a defensive mistake from a buildup splitting pass.

Six minutes later Guily Manziba’s beautiful effort on the right was tipped over the goalposts by AmaZulu keeper Veli Mothwa.

In the 39th minute the match went into a water-break, and resumed shortly after.

The halftime score was 1-0 to the home side.

In the second half Matsatsantsa pushed for an equalizer with Manziba whipping some crosses on the right but were cleared with ease.

In the 59th minute, Ghampani Lungu made way for Evans Rusike as Matsatsantsa were pushing for an equalizer.

Coach Kaitano Tembo introduced forward Iqraam Rayners for veteran left-back Onismor Bhasera in the 69th minute in an attempt to attack as Matsatsantsa were trailing.

United were lucky after Sphelele Mthembu who scored an opening goal missed a sitter that could be a brace for him after receiving a beautiful delivery from Thembela Sikhakhane.

In the 77th minute young centre-back Luke Fleurs cleared a well taken set-piece that could have increased AmaZulu’s lead.

The Matsatsantsa coach brought in young Jamie Webber in the 78th minute for the DRC international Manziba.

In the 87th Bradley Grobler missed a clear scoring chance to level matters but the ball got intercepted by the AmaZulu defence.

In the 90+ Matsatsantsa were denied a clear penalty with the referee spot-on but he chose to ignore a penalty shout after Samkelo Mgwazela contacted the ball to his hand into the box.