SuperSport come from behind to hold Chiefs

SuperSport United came from behind to hold Kaizer Chiefs to a 1-1 draw in a 2020-21 DStv Premiership match at FNB Stadium on Saturday. 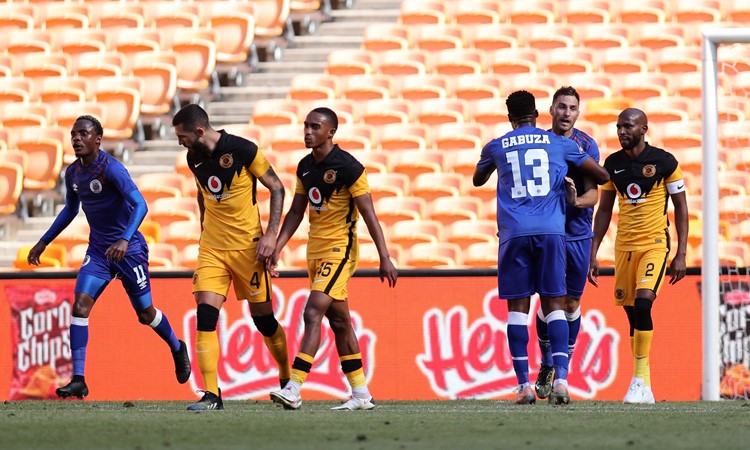 SuperSport United and Kaizer Chiefs  played to a 1-all draw in the DStv Premiership match on Saturday afternoon.

The match was played at the 2010 FIFA World Cup final venue FNB Stadium.

Both sides created some few chances in the first half with the home side conceding numerous corner-kicks.

The team went into the water break in the 25th minute and resumed after just a minute.

In the 28th minute United conceded a corner-kick which they failed to clear away properly and Reeve Frosler scored.

The halftime score was 1-0 to Chiefs.

In the beginning of the second half United's coach Kaitano Tembo introduced Thami Gabuza for Evans Rusike to add more firepower to his side.

In the 60th minute, Sipho Mbule released a powerful drive just outside the box and his effort was saved by Chiefs keeper Itumeleng Khune.

In 66th minute Agay pulled United's player's jersey into the box and the referee Victor Hlungwani pointed to the spot.

Bradley Grobler stood up and leveled the score (1-1) to increase his tally to 13 on the top scorers chart.

In the 69th minute the match went into another water-break and resumed after three minutes.

In the 76th minute Chiefs were denied by a cross-bar as Agay aimed for the second goal.

In the 88th minute Jamie Webber made way for Siya Nhlapo as Matsatsantsa were looking to neutralize Chiefs' attack who had more action in their half.

Good news for United is the return of Guily Manziba who rejoined the side after a long layoff due to an injury he picked up last year.

Although United were not at their best, they will go back home with one point in the bag.