Tembo confident ahead of Tshwane derby 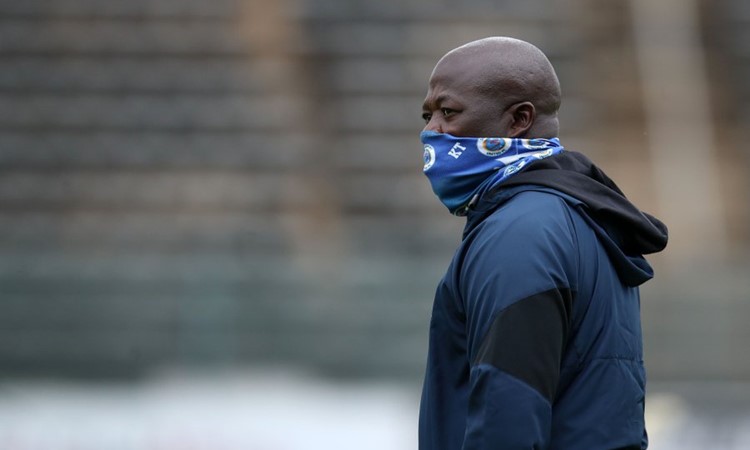 The match is scheduled for Lucas Moripe Stadium on Saturday evening.

Both United and Sundowns won their midweek fixtures against Stellenbosch FC and Royal AM on the road and at home respectively.

The home side missed most of their regular members in the squad in their Wednesday league match due to injuries and sickness.

Also, the Matsatsantsa legend was forced to play the last two league matches with most of the players who have been promoted from the DStv Diski Challenge Reserve League.

“It is our third game in six days, so it is difficult for the players with our thin squad. But we have to soldier on and try to manage the team as best we can,” Tembo says.

"We have good confidence and have prepared the best we can for the game with what we have. We had to give the players some time to recover so that they are fresh.

In their last meeting recently, the two Tshwane giants played to a 2-all draw at Loftus Versfeld Stadium in an entertaining encounter.

Both sides created a lot of scoring opportunities but had to settle for a point apiece at the end of the match.

“"When we played them (Sundowns) last time we had a very good start and then conceded a goal in a critical phase just before halftime. Then we came back into he second half. We need to improve defensively and show the same mentality as we did after halftime in the first game.

"We need to have a very good start against a very good team. We are confident about this game, it is a home fixture and we need to try and take the game to them. We have nothing to lose." concluded Tembo.

Matsatsantsa will rely heavily on players such as skipper Ronwen Williams, Thami Gabuza, Thatayaone Ditlhokwe and forward Bradley Grobler who lifted the team spirit after netting a winner against Stellenbosch on Wednesday.

The coach’s quotes are from Mzansi Football