SuperSport United is delighted to announce the arrival of former Orlando Pirates and Bafana Bafana captain Thulani Hlatshwayo on a one-year deal with an option to renew. 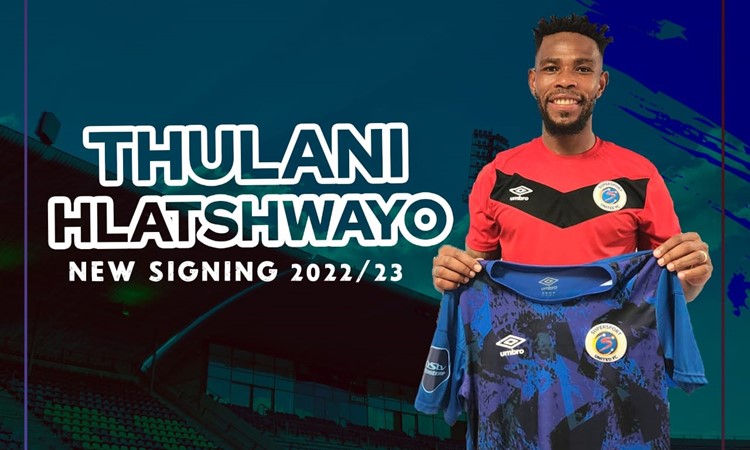 SuperSport United is delighted to announce the arrival of former Orlando Pirates and Bafana Bafana captain Thulani Hlatshwayo on a one-year deal with an option to renew.

The 32-year old reunites with head coach Gavin Hunt after a wonderful spell at Bidvest Wits between 2014 and 2020, winning the league title as well as the Telkom-Knock Out trophy.

Hlatshwayo comes to the club with a wealth of experience having played over 300 domestic games and captained Bafana Bafana with just over 30 caps under his belt.

Head coach, Gavin Hunt is excited on the club’s new acquisition, “The signing of “Tyson” is a wonderful addition for the club and he comes with a lot of experience. He was the Bafana Bafana captain as well as my captain at Bidvest Wits, we won trophies together and he's definitely ready to get working and to get going again. It’s a huge opportunity for him and for us at the club.”

Thulani Hlatshwayo adds, “SuperSport United is a team that is known to win trophies and I hope I can share my experience which means I have to equally work hard. There is competition in the team which is good for the energy around the players as well as keeping the togetherness and I will make sure I earn my right to play.”