SuperSport United and Cape Town City have shared a point apiece after a goalless draw for the 2021 -2022 season opening match. 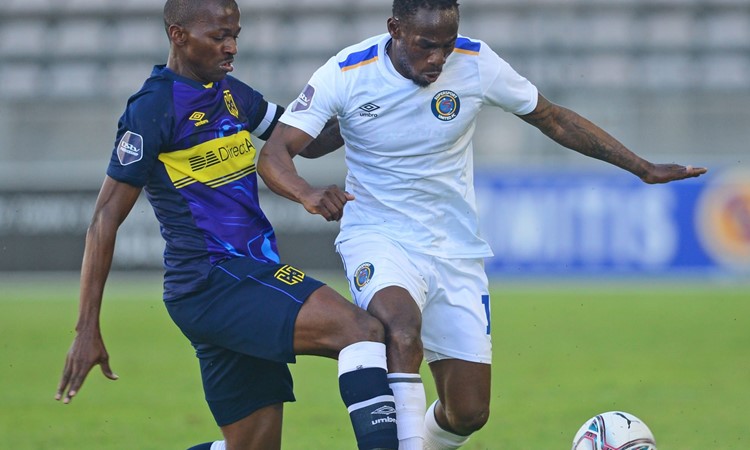 SuperSport United and Cape Town City have shared a point apiece after a goalless draw for the 2021 -2022 season opening match.

The match started at a slow pace with both sides creating a few scoring opportunities in the first half of the league opener.

In the 13th minute of the match Bradley Grobler’s effort went wide after managing to control a miscued shot from young midfielder Jesse Donn as Jamie Webber laid a pass to him from a deep cross from Onismor Bhasera on the left.

In the 19th minute City’s Taariq Fielies got the first caution of the match after a late challenge on Grobler.

City’s towering defenders kept on pulling some harsh challenges as Nathan Fasika got a booking after clipping Thami Gabuza.

The halftime score was 0-0.

In the 67th minute Webber was cautioned after pulling a late challenge.

In the 78th minute Matsatsantsa international Gamphani Lungu came off the bench for Webber as the visitors were also searching for a goal.

In the 79th minute United’s Siya Nhlapo got cautioned after a harsh challenge.

The home side kept on pushing for a goal as the referee added three minutes after regulation time.

In the 90+ Terence Mashego’s effort went wide at the back post as United keeper Ronwen Williams waited with confidence to pull a safe.