We are going out there to enjoy the moment – September

SuperSport United DStv Diski Challenge (DDC) side take on Royal AM FC in the last match of the Reserve League this weekend. 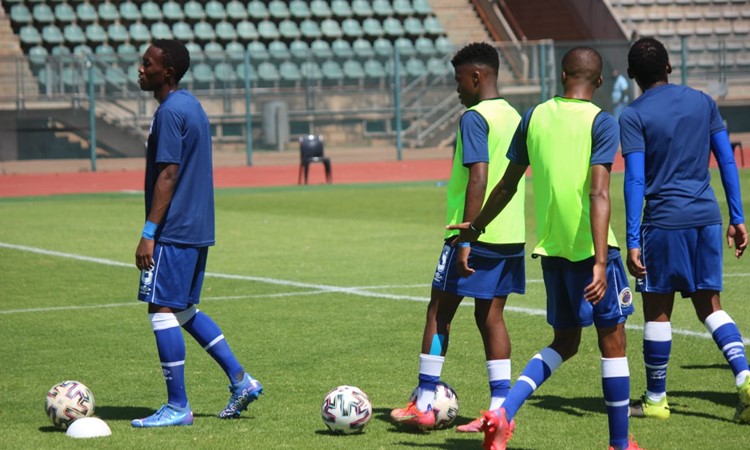 SuperSport United DStv Diski Challenge (DDC) side take on Royal AM FC in the last match of the Reserve League this weekend.

The match is scheduled for Mpumalanga Stadium on Saturday afternoon.

Matsatsantsa have done their homework and looking forward to continue with the same fighting spirit to the last day of the league matches.

Coach Thabo September emphasized that the boys must go into this match with the same attitude.

“We have nothing to lose, preparations have been great.  Stellenbosch have had a good run, they have started well, we picked up a bit late but we are here now, two points away from them, we have nothing really to lose.  We have told the boys the whole week that we are going out there to enjoy the moment,” said the Matsatsantsa legend September.

“It’s the first time we get to be in this situation and it’s the moment we really have to enjoy instead of the anxiety and all of that.  The anxiety will obviously come in so that they boys get growth and get used to it as well when they get to the PSL. But most importantly they must enjoy the moment,” said the coach.

A victory for Matsatsantsa, if leaders Stellenbosch lose to TS Galaxy, would obviously put their name in the history books of local football and according to September they cannot participate in the league just to add numbers.

“It will be a big thing for the club if we win the league, we came in, and we sponsored the league so it would be great for us to win the league. I mean we can’t just sponsor the league and just participate. It is a good platform, I think the Reserve League is bearing fruits and hopefully it will shape up the national teams as well because the main goal is build up the teams and also push the national teams to the level that we want them to be.

This is great for South African football, and to still not have the champions on the last day it is an indication of how stiff the competition is. It’s also exciting for football, way exciting than the PSL at the moment,” concluded the Matsatsantsa coach.